Pre-sales for our first event are through the roof thanks to local coverage of the Peer Revue from the Colorado Springs Independent:

You don’t need to remember the agony of college lab courses for researchers’ anecdotes to induce a gargalesis along your humerus (read: tickle your funny-bone). Just be at The Loft (2506 W. Colorado Ave.) at 7 for The Peer Revue: Scientists doing Stand Up. Six local scientists teamed up with professional comedians to workshop their research into stage-grade humor, which they’ll present before Denver-based comedian Brad Neider, M.D., takes his scalpel-sharp wit to the mic. Look for sets from air traffic controller Ironzey Lewis, instructor pilot Kyle Sanders, epidemiologist Lisa Hines, microbiologist Niki Spahich, paleontologist TJ Maltese, and cell biologist Tom Wolkow.

And from the Pikes Peak Courier, Scientists try standup to stimulate public interest in STEM fields:

Anthony Maltese, a paleontologist from the Rocky Mountain Dinosaur Resource Center, is at home digging up bones and swapping stories about exciting discoveries with other scientists. Now, he’s hoping that by learning to tell jokes to strangers on the unforgiving stage of a standup comedy show, he’ll be more able to excite visitors to the center about the dinosaurs on display and the important work of the scientists there.

Most of all, he and other scientists participating in a new Peer Revue comedy program hope that by learning to grab and entertain an audience, they’ll do a better job getting the public interested in their more academic pursuits in science. Peer Revue is where science meets comedy, taking researchers from a variety of fields and shoving them into the spotlight for five minutes of telling jokes to strangers.

At 7pm on Jan. 7, Maltese and a handful of other scientists will make their Peer Revue debuts on the stage in Colorado Springs, to begin the experiment in learning to communicate. The event’s organizers hope Peer Revue will help area scientists and professionals improve their communication skills while simultaneously raising awareness of and interest in their work.

The event is subtitled “standup comedy on the shoulders of giants,” and that holds true with the first set of scientists to take the stage. The night will headline physician Brad Neider and feature Ironzey Lewis, an air traffic controller; Kyle sanders, an instructor pilot; Lisa Hines, an epidemiologist; Niki Spahich, a microbiologist; Tom Wolkow, a cell biologist; and Maltese. Other area scientists will participate in later Peer Revue scientists will participate in later Peer Revue sessions; interested parties can even apply on their website.

The scientists-turned-standup comics underwent three workshops with professional comedy coaches, rehearsing and reworking their five minutes of material. For somebody not used to public speaking – and especially the kind of public speaking Peer Revue calls for – the workshop process can be harrowing.

“It’s pretty bad,” Maltese said of the last workshop. “I only had a few lines to cut, but I learned that if you don’t have it committed to deep memory, you’re going to flub. Too many things bouncing in your head up there.”

Maltese has years of stories collected about paleontological digs and lab work, but transforming those into a solid five minutes of humor can be rough, he said. Which is what makes the Peer Revue experiment so useful. In an age where funding is tied to public likeability and notoriety, being able to communicate and make people laugh are becoming fundamental scientific skills.

Peer Revue’s website explains that if you’ve ever “binged on TED Talks at 2 am” or enjoyed local events like Science on Tap or Talk Nerdy to Me, this night of comedy-science is for you.

We hope to see your there!

Springs Workshop
The First Ever REVUE! 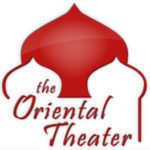 Science Riot Returns on May 14! (Virtual)!